Q: My management wants to know how good we are. Is there a list of OEE benchmark numbers?

Arno Koch •  OEE benchmark Lists: Don’t even think about it! No, NO one that understands OEE will set up such a list. If you find one it is useless since OEE’s in general can not be compared. And it will tell you someone was trying to compare apples with cabbage. 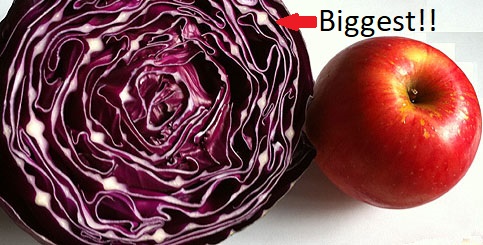 This topic has been discussed more often; please start reading at:

How high should the OEE be?

—————–Q: Our management is looking for one universal tool for OEE calculation so they can compare the performance of equipment. How do you feel about this?

Arno Koch •   It is a persistent wish of many managers to request to compare the OEE’s of different machines. Unfortunately this seems to make sense, but actually not only leads to wrong conclusions, but also to counter productive behavior.

What does is to to the team?

OEE is primarily an operator tool to support operators on getting focus on the losses of their equipment. They have tons of knowledge of the equipment which can be used for structured improvement through Small Group Activities. Although OEE information can come handy for managers, they should never use it as a stick to hit shop floor.

Why? Because in such case managers are punishing people for making an effort on improvement (even if this is ‘just measuring’ OEE, which is the basic need for TPM structured improvement). Instead managers should make any effort they can, to support shop floor teams to improve the OEE;

So the answer to your question depends on the intention of your management.

The power of TPM is in the fact that it visualizes where the losses are, it focuses everyone on the right things to do and it offers tools to get everyone’s involvement in a structured improvement strategy. If the OEE is only used ‘on the day of reckoning’, so as a punishing system, I don’t think you will ever manage to build teams that are showing pride to their equipment and are having fun to make it run to the best performance; for that is what good functioning TPM teams can be recognized at!

A2 •    Bluntly comparing OEE’s of different machines in different processes in order to ‘benchmark’ is at least very tricky, maybe I would dare to say it is just silly! Even from a economical point of view.

The silliness of comparing OEE’s

First of all most OEE calculations are being made based upon incomparable definitions. I.e. in one case a break is affecting the OEE in the other it isn’t. Of course the way the maximum speed is being defined alone is already enough reason to have at least doubt about any comparison. But even if you would have fully standardized ways to set up the definitions; just look at one of a thousand examples I could imagine: A machine has an OEE of 55%, another has 40%. Looking into detail you see the 40% machine is running at a very stable level; day in day out the same OEE. Sometimes it stands due to planned maintenance and than it runs smoothly 40% OEE at 99% quality. The other machine is one day running fast and the other day slow, the third day it breaks down at a very inconvenient moment and the next day it runs at 95%. It drives everybody nuts but on average it has an OEE of 55%. So which of the two would you prefer??

Another reason why it just comparing OEE’s can lead to wrong conclusions; take the same two machines from the example above and lets look at the people and the improvement process. The 55% machine has a team that is ‘just trying to keep it up’ (hard enough, even very difficult; running around all day, tired like dog at the end of the day but no structural improvements and tomorrow it starts all over again…) the other team started with an OEE of 15%. They formed a production team with an engineer and a maintenance guy, they measured their losses and they started to improve their production process through small group activities in which they even invited people from the purchasing department. At the moment they work on a plan to improve OEE from current 40% to 48% which will be presented to the management next week.

What do you really want?

What kind of operators and teams would you prefer? Would you compliment the 55% team for showing a higher number?
Meaning: The number itself is not that important. If you look at the number you should look at the number for a period of time; is it stable or unstable? Is there any improvement? How is the number composed? Even two identical machines with an identical OEE may face a complete different situation if one is running faster and has a lower quality-rate, and the other runs slower with no quality losses. Both might have the same OEE…

But maybe the most important issue about the number is: is it a number, or better a tool, to the production-team? Does the operator understand it and lives up to it? Is it HIS or HERS? Because in the end you can not have a successful TPM implementation without operator focus on the losses!

OK, I’ll give you óne more thing to consider….

Day one the same machine, same team, same product runs 53%. The next day, same situation, again 53%. Now was it equal?

Tell me, what did your management would have missed when comparing OEE’s …

1. 6 Steps to make waste visible by using OEE
2. How can OEE be abused? How should it be used?
3. (How) can Data Collection become part of the improvement process?
4. Our people don't like to collect data. How to address this?
5. How to make Continuous Improvement Activities a part of daily work?
6. We want to see our progress. Should our software report the trend?
7. Should we optimize for maximal capacity or to follow demand?
8. Although a high OEE, we have a low Planning/Schedule adherence
9. Is 85% OEE Really World Class? Or Not?
10. Should OEE be 85%? Is our target 85% OEE?
11. 7 Situations where 85% OEE is not World Class
12. What does OEE NOT show?
13. Is there a list with OEE Benchmark numbers?
14. Can we compare OEE when defined according to the OEE Standard?
15. What should I do to be able to compare the OEE's of my machines
16. What is the correct definition of 'SMART'?
17. Where can we download the registration form used in 'OEE for the Production Team'?
Academy Home
OEE Calculation
Availability
Effectiveness KPI
Performance
Implementation
Quality
Improvement